If you have taken a coach to JB from Queens Street bus terminal at Rochor Canal Road, you would probably pass by or notice the rows of shop selling dried seafood and tonic.

Dried seafood are often used to impart Unami flavour to a dish and are very frequently used to enhance the flavour of cantonese soups.

Dried flounder is a dehydrated flat fish which is also known as sole fish. Dry flounder are rich in protein, vitamins, and minerals that help in maintaining good health. They contain calcium, iron, magnesium, phosphorus, potassium, sodium, and zinc.

You can make dried flounder into powder form after toasting it. Use the dry mill of your blender to grind into a powder form and you can keep it in an airtight container for 3 months and add it to your dishes anytime when you need it for your cooking.

Dried flounder is good for adding flavour to soups and meat fillings for wontons. It is also a key ingredient in making the flavourful broth for fish soup/ fish head steamboat

Dried scallops is a common ingredient in Cantonese cuisine and it can be used in cooking or adding to soup and porridge for extra sweetness and Unami flavour. It can be made into XO sauce, which main ingredients consist of dried scallops and dried shrimps and chilli. It is extremely flavourful when used in stir-frying and when served as a condiment.

Dried octopus is a preserved carcass of a small octopus. It is usually added to Cantonese double boiled soup aka 老火汤 that is slow boiled over long hours to bring out the flavours of the soup. Dried octopus needs to be pre-toasted prior to adding to soup broth to remove the fishiness and to release the flavour.

Dried oyster which is also known as “Ho Shi” in Cantonese. It is a key ingredients for Chinese New Year dishes and is often cooked with black mosses (Fatt Choy) and together they represent 好市发菜 means good luck and prosperity.

It is excellent for stews, braised dishes, soups and porridge. It has a strong intense seafood smell and should be soaked in warm water and rinsed before using to remove excess salt and grit.

Dried shrimp is an inevitable ingredient for making sambal and rempah. It is more often used in stir frying and making spice pastes. It is also added to laksa and prawn noodle broth for extra Unami flavour. Deep shrimps require soaking in water before using to remove the impurities. Deep fried dried shrimp makes an excellent condiment toppings on salad, porridge and dishes for extra crunch and flavour. Dried shrimps are classified as different grades, where the grades will affect the price and size of the shrimps.

Dried seafood has a long shelve life and when store properly, it can be kept for up to 2 years in the fridge. It can also be grind into power form used as natural food seasoning or to be made into sauce and paste for convenient use. 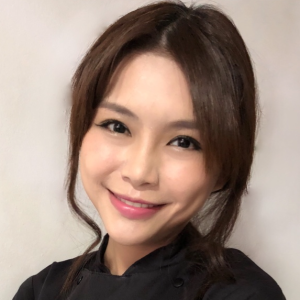 Cooking has been a passion of mine since I was young. I would always follow my grandma to the wet markets to buy groceries and watch her whip up amazing dishes. Always inspired by my grandma, I look to continue her journey in the culinary world.

No spam, notifications only about new products, updates.
PrevPrevious5 Unique Wedding Proposal Ideas for a Foodie Girlfriend
Next8 Easy Asian Recipe Ideas Under 30 minutes For Your Next Potluck SessionNext
Latest News

Hi Everyone, My name is Trish Yee and I would like to share with you a little bit of my background and how I took

We are glad to announce that we have been once again nominated as one of the top Team Building Services in Singapore by MediaOneMarketing. D’Open Kitchen

D’Open Kitchen is proud to have conducted a Bento Making Virtual Cooking Class on the 31st of October. We strive to provide high quality, interactive

Build Corporate Teamwork through our many different cooking challenges

Learn hands on culinary skills and become the next Gordon Remsay

Fulfil your sweet tooth with our custom baking classes